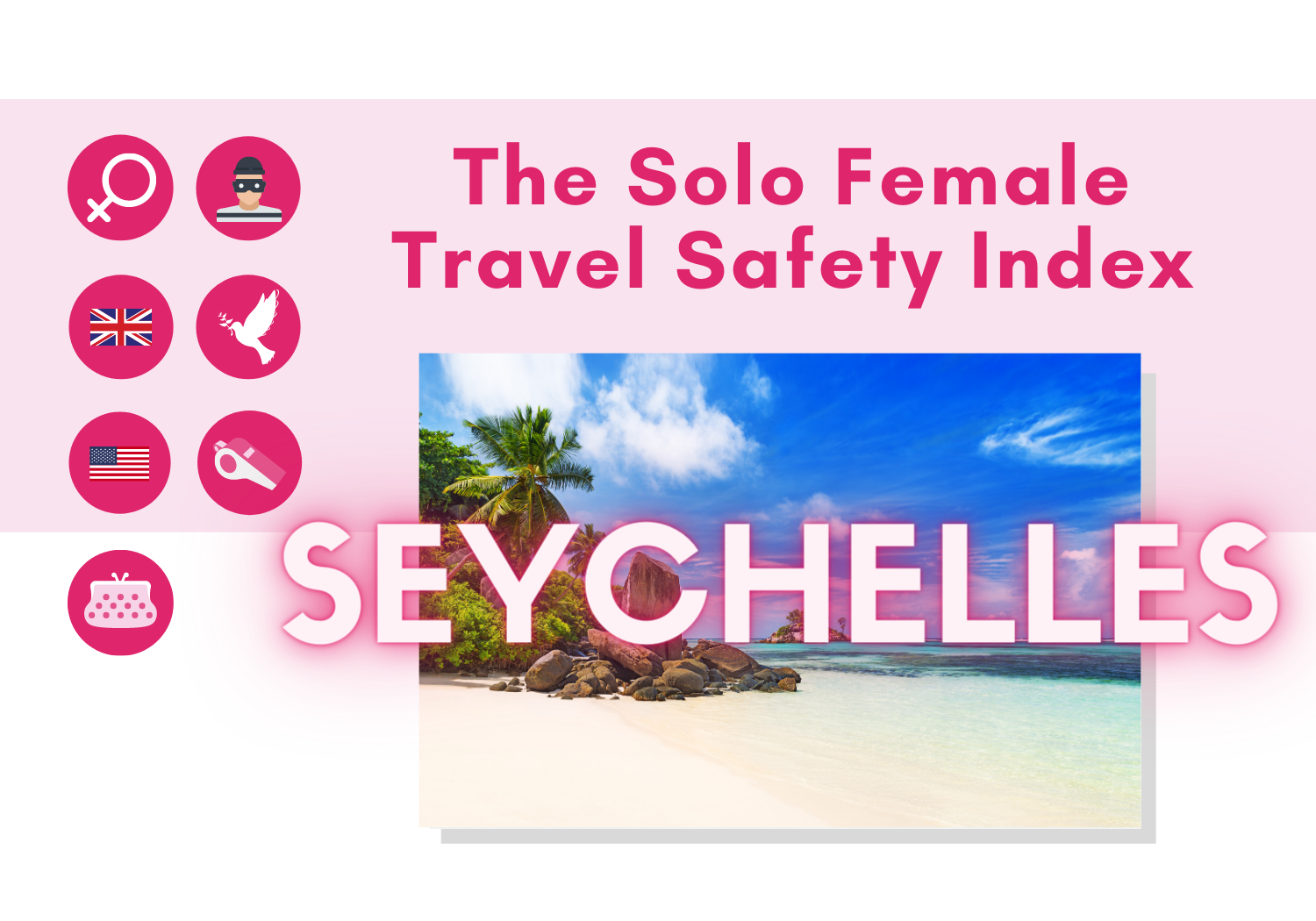 Welcome to the Solo Female Travel Safety Tips and Advice page for Seychelles!

This page is brought to you by Solo Female Travelers Tours, our curated small group trips for women, by women.

On this page you will find first-hand, unbiased, and real safety tips, advice and reviews from women traveling solo, submitted directly from their personal experiences in the country.

Their opinions are unfiltered and submitted independently as part of the Solo Female Travel Safety Index, a ranking of 210 countries and regions based on how safe they are for women traveling solo.

The safety scores range from 1 to 4 with 1 being the safest and 4 being the most dangerous for solo female travelers.

You don’t need to login to read the below reviews. But do sign up or login to share your solo travel experiences, country safety rating and comments.

MAKE A DIFFERENCE – LEAVE YOUR SAFETY REVIEWS!
We can make the world a safer place for women traveling solo together. Sign up to our portal and leave your reviews NOW. Share your experience with other solo female travelers and help us empower more women through travel.

We have compiled a few data points below that can help you better understand Seychelles and have more context when thinking about travel safety.

Etymology: The islands were named by French Captain Corneille Nicholas Morphey after Jean Moreau de Sechelles, the finance minister of France, in 1756.

Independence / foundation: Seychelles was uninhabited prior to being discovered by Europeans early in the 16th century. A lengthy struggle between France and Great Britain for the islands ended in 1814, when they were ceded to the latter.

During colonial rule, a plantation-based economy developed that relied on imported labor, primarily from European colonies in Africa. Independence came in 1976.

There are over 1,100 world heritage sites spread across more than 165 countries. New ones are added every year, and some may be removed from the list for various reasons.

- The Seychelles archipelago is made up of 115 islands. It was “the original site of the Garden of Eden” by British Army officer General Gordon of Khartoum in 1881.

- The largest population of giant tortoises is in Seychelles. Over 150,000 live on the UNESCO-listed Aldabra Atoll. Giant Aldabra tortoises can live to well over 100 years.

- Seychelle's inhabitants are the biggest drinkers in the world, according to alcohol consumption per capita.

- The Seychelles was a popular pirate hideout and treasure hunters are still in search for lost gold. On Moyenne island you can see the tombs of three of them.

Driving: Cars drive on the Left.

Basic words and phrases in the main language:

Find a hotel in Seychelles

Did you spot any errors? We do our best to keep this information updated and accurate, but things change. If you saw anything that is not right, let us know so we can fix it: community@solofemaletravelers.club.

Safety matters to solo female travelers, you told us so in our annual Solo Female Travel Survey, where year after year, women prove that this is their most important concern when traveling solo.

We wanted to do something about it, so we built these country-specific pages where you can find reviews and scores for 7 key variables affecting the safety of women traveling solo.

The Solo Female Travel Safety Score is used by the Overseas Security Advisory Council for including safety concerns for women travelers in their country security reports; OSAC is a partnership between the U.S. Department of State and private-sector security community.

How to use the Safety Index

On this page, you will find the country score and the personal opinions on safety of other women traveling solo.

You can sort the comments by:

The safety scores range from 1 to 4 with 1 being the safest and 4 being the most dangerous for solo female travelers.

Thus, the lower the score, the safer the country.

This entire website is devoted to helping women travel solo. Check out the links below to learn more:

Solo Female Travel Stats: Results from the the largest, most comprehensive and only global research study on solo female travel trends, preferences and behaviors published. 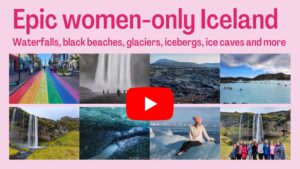